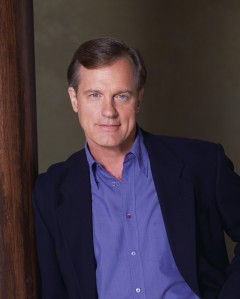 Today in news that no one should be surprised by, it turns out that the creepy dad from Seventh Heaven, Stephen Collins, is a creepy dad in real life, too. Why is he a creepy dad, you ask? Well, amongst other things, because his own WIFE just told the entire world that right before she gave birth to their daughter, he told her that he was pleased they weren’t having a baby boy because he basically didn’t know if he could restrain himself from fellating a little dude. Her actual, complete quote of what she says Collins said is that he “just didn’t know if [he] could keep his little penis out of [his] mouth” – words which, though I don’t yet have kids of my own, know must be music to a heavily-pregnant woman’s ear.

(Insert a very long, uncomfortable pause of WTF here while we all process how vile this story is.)

Honestly, I don’t even know what to say in response to this news except OH MY GOD EW WHAT. The series of emojis that would describe my reaction would be as follows: 1) the monkey with its eyes covered, 2) a thumbs down, 3) the guy in the red shirt who is running like hell because WHO STAYS MARRIED TO SOMEONE WHO SAYS SOMETHING LIKE THAT FOR 14 MORE YEARS?

Then I’d throw in an acorn because hey – it’s finally Fall.

Started from the bottom now we here